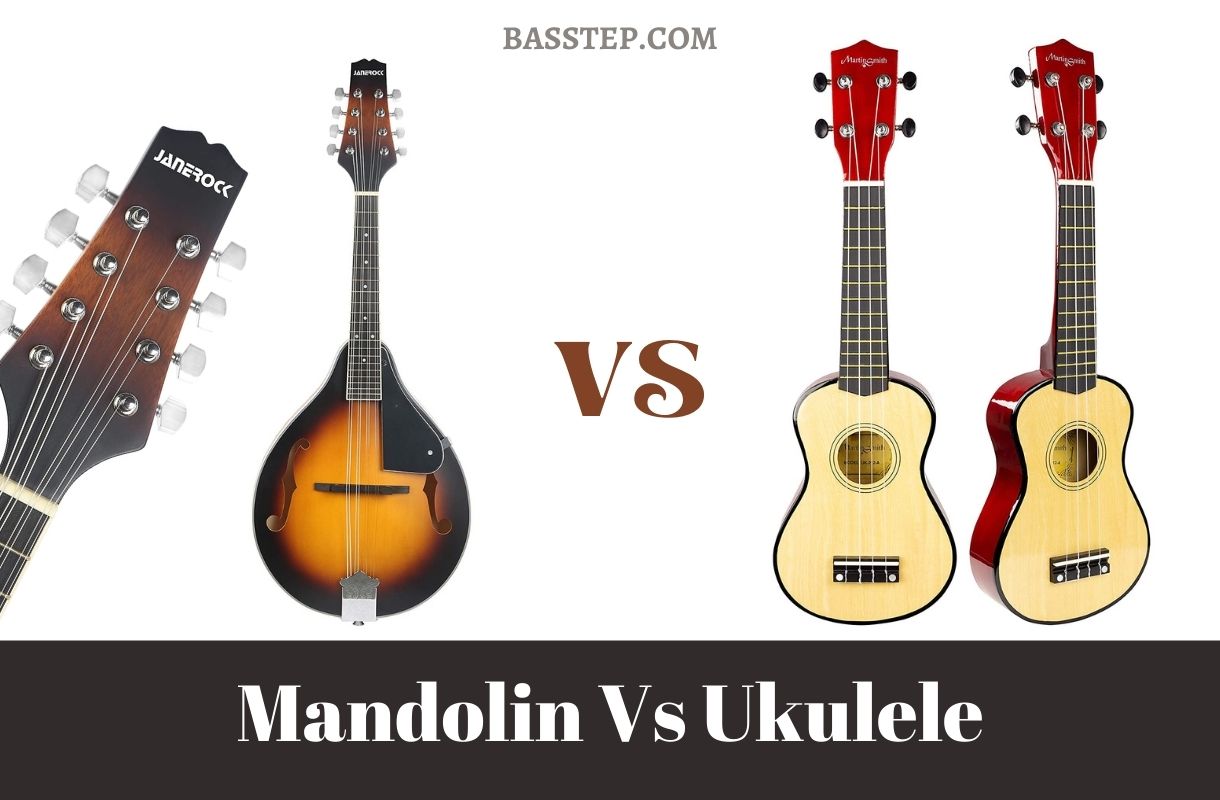 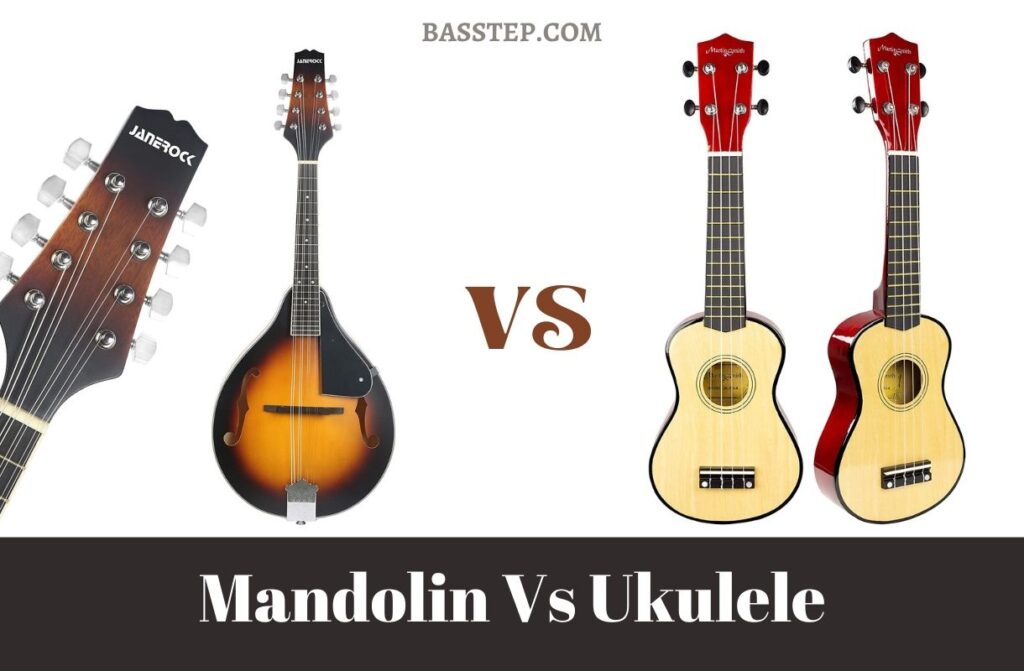 Mandolin Vs Ukulele are basically two string instruments which are completely different. These instruments might look the same at first glance. But there are actually many differences between them.

They might be doing the same job, but there are certain things that differentiates them. Basically mandolin is a musical instrument that ha a paired metal string that are plucked using the plectrum to produce a pleasing tone.

Ukulele is also another small four-stringed guitar that is plucked to a produce a musical tone that the player wants. It is mostly in small size compared to mandolin which comes in bigger sizes.

These instruments are both categorized as part of lute family in some cases. Learning to play and playing them perfectly is very easy. They are the better choices for most people especially musicians.

Mandolin has been played many times with great players. The paired metal strings gives it a unique feature that differentiate it from other musical instrument in this industry.

On the other hand, ukulele is also another stunning musical instrument that is best used for music, novelty and folk playing.  This instrumented started many years ago and it originated in Hawaiian.

If we look at the body construction of the two instruments, we will find that mandolin is  typically hollow and wooden body that has the neck with the flat fretted fingerboard, floating bridge, a but, tailpiece at the edge and a mechanical tuning machine.

All this features enable it produce all the sweet tones you hear all time. The mechanical tuning machine is used instead of friction pegs in order to accommodate the metal strings.

Ukulele is normally made using wood materials. Also this instrument is made using partially or entirely plastic construction. Majority of cheaper ukuleles can also be made from the laminate or ply woods.

They are also made with the soundboard made of spruce. But the expensive ukulele are made using exotic hardwoods like mahogany.

And the most valuable ukuleles that cost high are made using koa more specifically Acacia koa. This is simply Hawaiian wood that is known for the fine tone and impressive figure and colour.

These musical instruments are made in different types and models. So types of instruments is another thing that can be used to bring the similarities and differences between them.

The mandolins is made in several forms. They include Neapolitan style which is also known as the bowl-back or round -back. This type have a vaulted back that is made with a number of strips of the wood in the bowl formation that is same to lute with a canted two-plane and I carved top.

Another form is the banjo style body of the mandolins. Basically mandolins evolved into two styles. That is the Florentine style which has decorative scroll around the neck, on the lower body and at the headstock. The other style is the pear shaped with simpler headstock.

Ukuleles are known for its four sizes namely. Concert soprano, baritone and tenor. You will also find some less common bass soprano ukulele on the extreme ends of a size spectrum.

The other style is the pear shaped with simpler headstock. This is one of the simple styles used by mandolin.

Ukuleles are known for its four sizes namely concert, soprano, baritone and tenor. You will also find some less common bass and soprano ukulele on the extreme ends of the size spectrum.

Soprano is the smallest among the four. It is also the original size ukulele. This small instrument is well constructed and comes in different styles as we have seen.

The modern mandolins are made using four double courses of the metal strings that are plucked with the plectrum.

The variants here includes the Milanese, Brescia, Lombard and other 6 course types. Also it includes the four-string twelve -string and sixteen-string.

This ukulele is made of four nylon strings or gut string or four courses of strings. Some of these strings are paired in courses to give the instrument six to eight strings in total.

Mandolin is tuned by a variety of different tunings. It is usually doubled by the courses of 2 adjacent strings. The most common tuning by far is actually the same as that of the violin tuning.

The standard tuning for concert, tenor and soprano ukulele is normally a C-tuning. The G string is properly tuned on the higher octave than could be expected. This tuning is basically called re-entrant tuning.

Most players prefer low G tuning that has G in the sequence on the octave lower. Baritone is tuned to D or G, B, E. D-tuning is also another common tuning for concerts and sopranos. A’ D’ F’ B’ on one step higher compared to G’ C’ E’ A’ tuning. This tuning brings out sweeter tones more especially on smaller ukuleles

The ukulele strings are normally nylon. This definitely makes them soft and can be strummed by hand easily. The mandolin strings are made of metals. This makes them harder to press and almost impossible to strum them using your hand. They are mostly played using the pick.

As we have seen in this discussion, these two instruments are all music instrument. Mandolin has paired metal string which are well plucked by experienced player to produce a stunning experience.

The ukuleles and mandolin are mostly compared in terms of their origin, their construction stride and materials used in making them, the type of models they are in, number of strings they have and their tuning variations. They are easy to use and you can easily learn on how to play both of them.