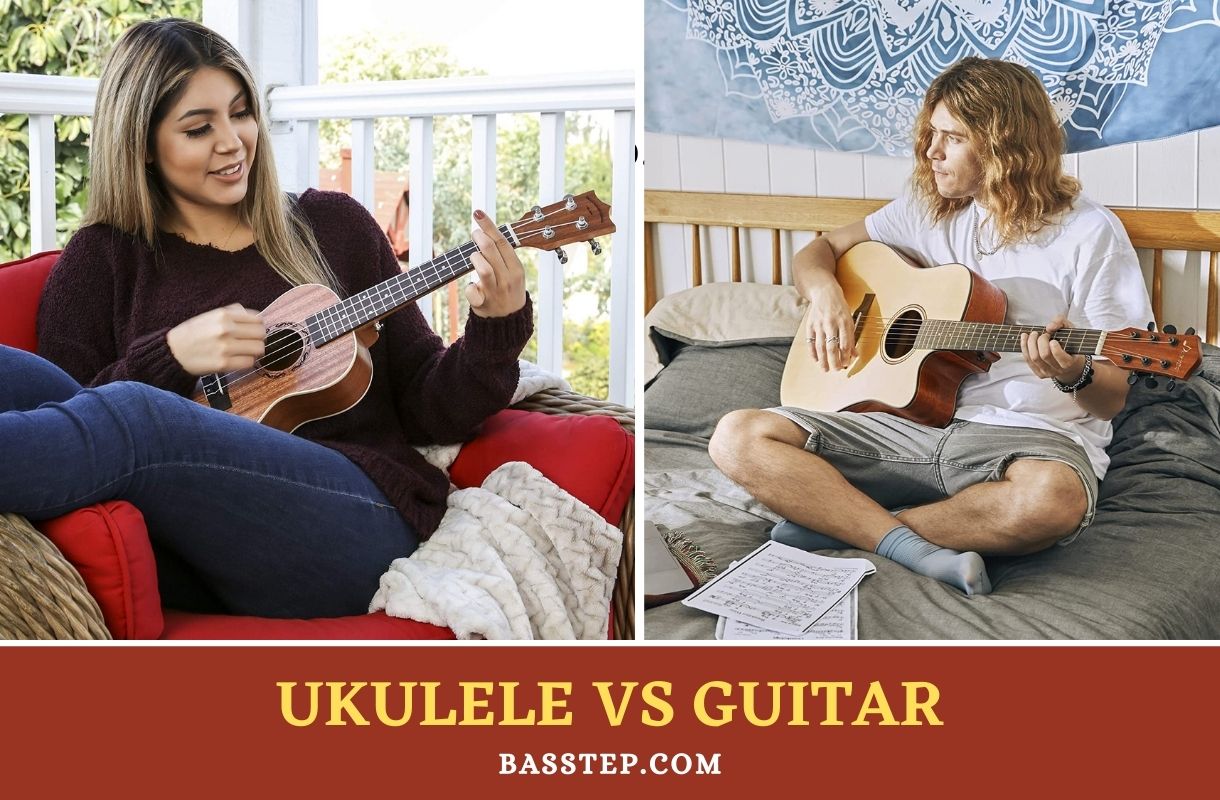 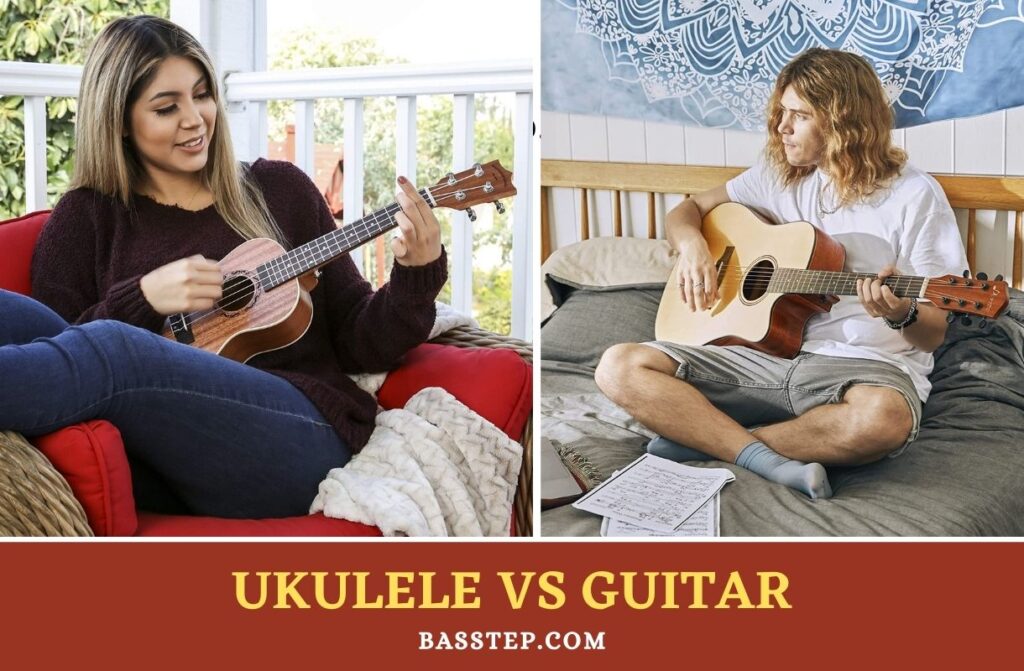 Are you perplexed of which of the string instrument, ukulele vs guitar, would be easy to learn with? Of course, this piece of information will definitely proffer solution to your doubts.

Let’s begin by splitting them into the two entities that they exist. These instruments are both found on the categories of string instruments. Although users utilize string to play them yet the number of strings used and size differences are what users use to identify/distinguish them.

Ukulele, for example, is mostly found small and it’s widely used by strummers that have small or flat fingers. And the guitar, on the other hand, can be used by anyone, irrespective of the size of the fingers.

In fact, guitars are most commonly used in recording and playing of songs due to the authentic sound that it reproduces.

Apart from the listed features, identifying them can be problematic. The ukulele is associated with Hawaii. It was initiated to the world when they began to use it in their resort centers to entertain visitors.

And ever since then, it has become popular. The production of this kind of instrument can be either cheap or costly. The cheap ones are made of plywood while the costly ones are made of hardwoods.

However, the guitar can be found to either be acoustic or electrically amplified. The amazing thing about them is that although there are differences in some of their features, yet they have some notable features that can “soothing” the interest of their respective buyers. For further explanations, let’s buttress this subject by enumerating the notable features.

8 Things to Consider about Ukulele vs Guitar.

The ukuleles and guitars can both be found in prices less than $100. Depending on what you want. If you want those that are less than $70 then I guess you can opt for ukuleles.

But remember it all depend on the quality of sound and resonance that you look forward to achieving. Some manufacturers now provide ukuleles that come with no turner which are very cheap.

Trust me, if you want to cause unnecessary stress for yourself then that’s recommendable (and it becomes worse when the manufacturer doesn’t make a recommendation).

So, in order to procure the best spring instrument either ukulele or guitar, ensure that you go with the product with complete feature and already fixed strings.

Ukuleles and guitars both have the same pattern of designs but their sizes are the apparent differences between them. Remember that we discussed that ukuleles are divided into four types which are: soprano, concert, tenor, and baritone.

And we highlighted that in spite of this categorizations still, they are smaller in size than guitars. The guitar can be made of wood, plastic, and metals why the body of ukuleles are majorly made of hardwoods and plywood. Though the shape of their construction is almost the same (if not the same).

The performances between the two are almost similar. The tuner (DGBE) of baritone ukuleles are found in the strings of guitars when descending from string 4 to string 1.

However, the tuning in the other three types of the ukulele is the same (GCEA), this also can be gotten on guitars when it’s being strummed from string1 to string 4. Please note that guitars use 6 strings which is the major difference between the two.

However, what players often encounter between the two is that in ukulele there is always a reentrant “G”. In other words, instead of the ascension to synchronize/harmonize like 1234, then you can get 4123 (for tenor, soprano, and concert, the high “G” tone is always common). But guitars makes good nice octave sounds than ukuleles.

The components that you can simply find on ukuleles are the same as those that you’ll find on guitars. And the function of each of the part is the same.

Body: This is the part of the instrument that players grip with their arm. They play the instrument on this area by strumming the strings that pass across the soundboard. Of course, it’s at this place that strings are attached (through the bridge-hole) and the saddle can also be found here too.

Fingerboard: Players hold these string instruments by this side so as to reproduce harmonic sounds. Right on the fingerboard, you’ll find frets and fretboards which help players to make out good audible sounds.

Headstock: The headstock starts at the end of the nut slot where strings pass through. It can be of different shape but what you’ll definitely find on it is the tuner. The tuner helps to rightly key down the strings in order to reproduce good sound.

This depends on the weight of the instrument that you’re buying with respect to your strength. Ukuleles ranges in length from 21 inches long to 32 inches with variable weights (depending on the material that’s used in its construction).

Why guitars, on the other hand, have a size range of 24inch-25inch with variable weights. In a nutshell, users’ comfort lies in their satisfaction with the features.

If you’re purchasing ukuleles, the first feature that one should look out for is the construction details. If the product that you intend buying is made of plywood then don’t buy.

However, if these precautionary measures are very well adhered to, then you will enjoy its long use if it’s well maintained.

This article qualms all doubts about why one should be preferred to the other. Of course, Ukulele vs Guitar has caused a whole lot of dispute among enthusiasts around the globe and these are the topic that they debate on.

However, this piece of information has helped buyers and knowledge seekers to know the importance and the benefit of using them. In fact, the writer ensures that the kind of users for each are also accounted for.